Whether you’re a Zen master or a messy ball of stress,  the current Covid-19 climate does get to you little by little…

Me and my husband went to Costco a few weeks ago and were shocked to see people behaving with a complete absence of logic and humanity, grabbing everything they can get their hands on. We looked at them like a Zen master would a worrying wart: with love and a heavy dose of pity; just like someone who’s found the light would look at a person still scraping in the dark. We are different I thought to myself. We are civil. Or so I thought…

First of all, just as usual, we went to grab a shopping cart. There were none. After careful observation, we had to accompany a person with a loaded cart to their car, wait for them to unload it while throwing menacing glances around to discourage anyone to try and grab it before us.

Once inside, we were shocked to see empty rows on empty rows of food while people could barely push their overloaded carts around. I deeply resent the fact that we had to rush in an uncivilized manner to grab the last loaf of bread before someone with a cart full of bread could grab it. This enlightened Libra is still under shock. Let me tell you: It’s  very difficult to remain civilized when competing for the last loaf of bread with people who think they’re out on a supply run in a walking dead episode. In case you’re wondering, we did our best to calmly rush (if it’s even possible…) to essentials without giving the impression we’re lifetime members of the “toilet paper- crazy group”.

“This gives way to an essential question: How long is it possible to keep our civility and humanity during such time of crisis?”

If walking dead is any indication. Not long…but I am sure it won’t get to that point..

In the meantime, let’s try and stay isolated, hydrated and civilized! Gros bisoux!

In the current climate of COVID-19 hell, lets do our part to stay positive by not only following health guidelines but also thinking bright summery thoughts. I stay positive by thinking happy summer thoughts and looking at things that makes me happy however temporary. Among those things are jewelry. I like to mix and match and stack them up depending on my mood. For this post my inspiration is my mother-in-law.

Nobody can do a stack up like dear mother-in-law. She is French after all. 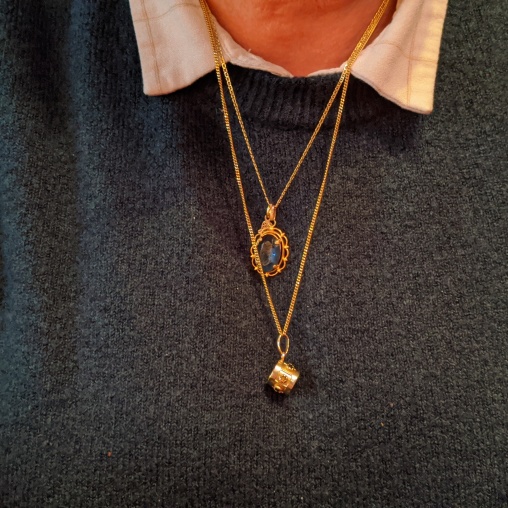 Let’s focus on whatever makes us happy until the storm passes! Bisoux!